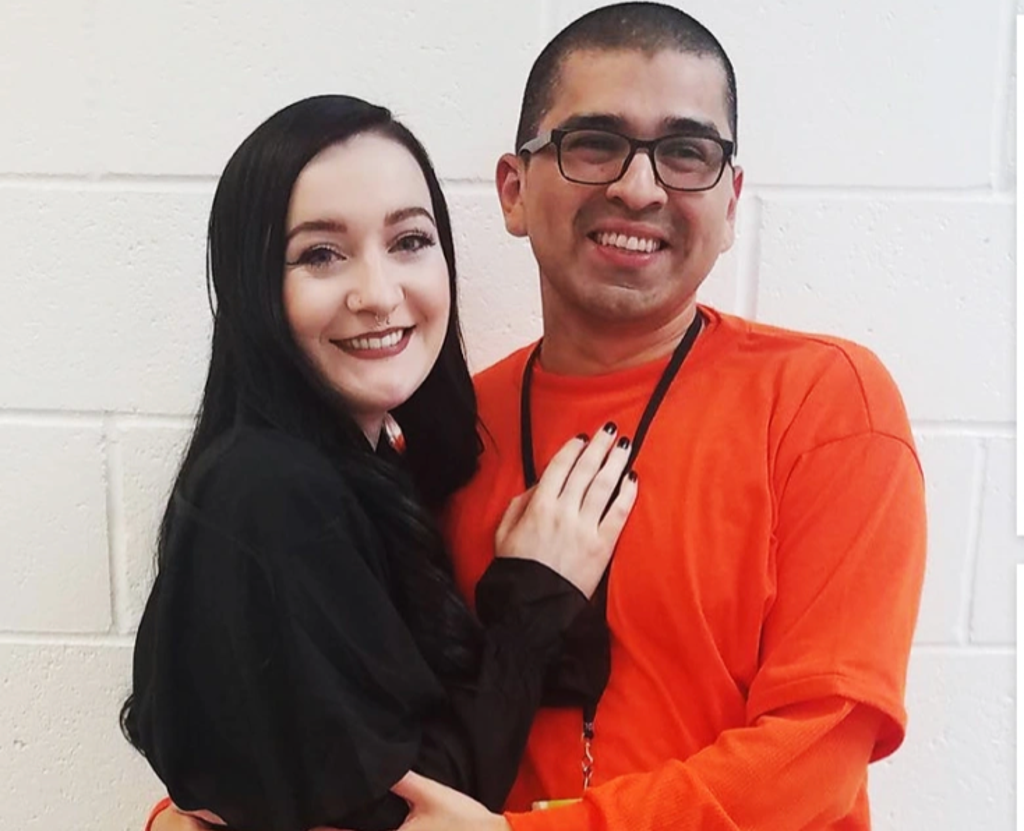 A British trainee dentist flew to the United States to marry a double murderer on death row.

Ovante was sentenced to death in 2010 for killing two a man and a woman in a botched drug robbery in 2008.

Ms Short, from Chipping Norton in Oxfordshire, reportedly told her family she was travelling to the US for a holiday, and posted photos at Disney World in Florida, and the Golden Gate Bridge in San Francisco.

She then stunned relatives by posting photos of her marriage to Ovante on 14 April at Eyman prison in Florence, Arizona, which is home to more than 4500 medium and high security prisoners.

The Sun reported that she brought a wedding cake that had the message: “Till death do us part” written in icing.

In an online penpal profile, Ovante describes himself as a “goofball” who is “very loyal” to his friends.

Ovante said he was looking for someone with a “sense of humour” who “enjoys life”.

“I’m easy to get along with and tend to be a goofball sometimes,” the death row inmate wrote.

“Very loyal to people I care about. Nobody is perfect, so I hope not to be judged by past mistakes.

“I love to read and listen to music. I have a daughter named Bonnie.

“Not really sure what I’m looking for in a pen pal so, I guess you’ll have to surprise me.

“I guess someone to help make my time in here easier. Someone that has a sense of humour and enjoys life.”

Ovante was convicted of murdering Jordan Trujillo and Damien Vickers after going to Ms Trujillo’s home in Phoenix with three friends to look for metamphetamine in June 2008.

According to testimony heard in court, Ovante pulled out a gun and said “who left the safety on?” before opening fire, killing Ms Trujillo and wounding Mr Vickers and a third man Gabriel Valenzuela.

Mr Vickers pleaded for help for his injuries, and was taken to a truck where Ovante and the others had fled.

He asked to be dropped off at a hospital, but Ovante reportedly refused to help. Mr Vickers died in the truck, and his body was dumped in an alleyway.

At trial, Ovante pleaded guilty to the two murders and the aggravated assault of Mr Valenzuela. A jury ultimately sentenced him to death.

US promises new aid to Ukraine in fight against Russia

Dead Lay Out in…