Vianet one of the popular Internet service provider of Nepal (ISP’s) got it’s over 1.7 lakhs customers data breached and leaked online. This is not the first time in Nepal, such an incident takes place. Since the last couple of years, hackers from all around the world are targeting major and high profile companies in Nepal such as Foodmandu, NIC Asia, etc. And this time Vianet customers details spread online

About a month ago, Foodmandu (a popular food hunt e-commerce platform) also suffers from the data breach and back to back Vianet is now suffering from it.

A twitter handle named with Narpichas (@paapi_kto_mah). tweet the link followed by the details of around 1.7 lakhs customers. The customer’s emails, phone numbers, and addresses were leaked.

The data that includes all the detail of the customer is hosted on the Onion network. So normal browsers such as Google Chrome or Firefox won’t let you open this. Instead, you need a browser such as “Tor Browser” to get the dump data.

According to the Vianet officials, the incident is already reported to the Cyber Bureau of Nepal Police. And the team is still investing in it.

As soon as Vianet confirms the data was legit, the site link is taken down with the help of NTA.

This is a crucial matter to investigate. And the major companies must ensure the secure platform to keep all the necessary data and information of the customers.

After the incident was found legit, Vianet issued the official statement regarding the data breach. They also regard their apologies to its customer for such an incident. 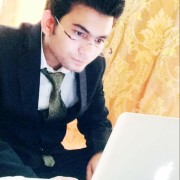 Live Update about COVID-19 through MOHP Web and Mobile App

How To Reset Windows…

How to be healthy…

May 6, 2020
Below Comments Ad
Check Also
Close
Follow us